When the LaSalle Theatre opened in 1927, it was a majestic centerpiece of a bustling neighborhood. The single-screen theater building was the showplace and public meeting place of its day. Nicole Petti, an Italian-born architect, designed the impressive neoclassical structure as well as nine other theaters across Cleveland during a time where Hollywood was booming, and movie-going was at its peak popularity. Local residents of all ages flocked to the movie house by streetcar or on foot. A grand marquee proclaimed the films of the day as movie-goers rushed to fill the theater’s 1,500 seats.

The LaSalle Theatre was originally built to be a mixed-used structure that included the theater space as well as their bank branch, retail stores, and apartments. After falling into disrepair under various owners, the theater operation was dissolved by the 1990s, resulting in a neglected property in need of serious attention.

Northeast Shores Development Corporation (NSDC) recognized the potential for the property and partnered with Monarch Private Capital to save it from demolition and restore it to the vibrant local landmark it once was. The LaSalle Theatre now boasts beautiful event space as well as residential units and retail space for the Collinwood area. During rehabilitation, the lobby was transformed, and three levels of seating/event space were added. The venue provides flexible space for weddings, fundraisers, concerts, theater, awards ceremonies, conferences and expos. Located just east of the Waterloo Arts and Entertainment District, it anchors the East 185th Street corridor development of restaurants, galleries and neighborhood services. By utilizing the historic tax credit (HTC), the once blighted and rundown building has become a staple to the area once more. In addition to the incredible economic impact of the project, LaSalle also hosts food giveaways for children in need, community movie nights and more. The LaSalle Theatre pays homage to the unique history of the area while also providing a great new resource to the public. 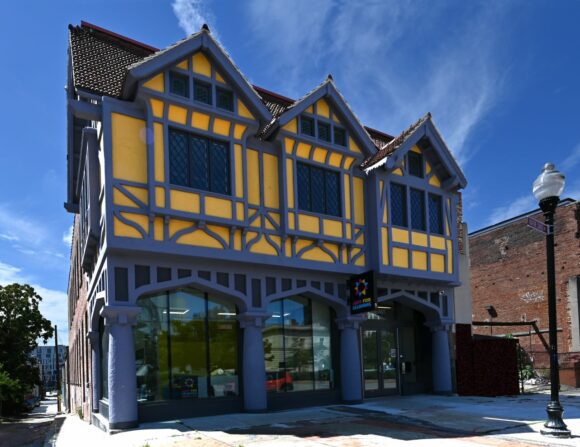