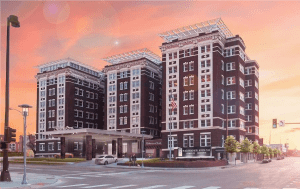 ATLANTA — Monarch Private Capital (MPC), a nationally recognized tax-advantaged investment firm that develops, finances, and manages a diversified portfolio of projects that generate federal and state tax credits, is pleased to announce the financial closing of historic tax credit equity (HTC) for the 70-million-dollar redevelopment of the Blackstone Hotel in Omaha.

The Blackstone Hotel was originally built in 1915 and operated as a luxury hotel for nearly 60 years. Standing eight stories, the hotel featured multiple award-winning restaurants, rooftop gardens, and a fleet of limousines.  It was reportedly the birthplace of the Reuben sandwich in 1925 and hosted an array of high-profile visitors, including the campaign announcement of presidential candidate Richard Nixon. After ceasing operation in 1976, the property was converted into office space in 1984. Kiewit Corporation has been utilizing the building since 2007.

The proposed Blackstone Hotel is targeted to open in April 2020, as a full-service upper-upscale hotel containing 205 rooms, two restaurants, a lounge, meeting space, a fitness center, and business center.  Redevelopment of the property will bring the building back to its original use and restore many of the historic aspects of the property. In addition, a 46,000-square-foot annex building will be constructed to the west of the existing structure, which will increase the number of available rooms at the hotel.  An outdoor pool and club building are also in the plans.

MPC has partnered with the two exceptional teams that have been responsible for the vision and revitalization of the Blackstone District, Clarity Development and GreenSlate Development. Over the past five years, the two companies have developed over $100 million worth of commercial, residential, and mixed-use real estate projects, including both historic renovations and new construction in the Blackstone District alone that has resulted in 30 new businesses and over 200 new jobs.

“Our investment in the Blackstone Hotel is another leading example of the benefits of the HTC program,” said Rick Chukas, Managing Director of Federal Historic Tax Credits for MPC. “We appreciate the vision of Matt Dwyer and Jay Lund of GreenSlate Development, and the innovation of Thomas McLeay and Mike Peter at Clarity Development Company, for delivering another superior renovation that will continue to positively impact the Omaha community.”

In order to provide more in-depth expertise in hotel experience, Stormont Hospitality, Leo A. Daly and DLR Group have been brought on as consultants to the development team. 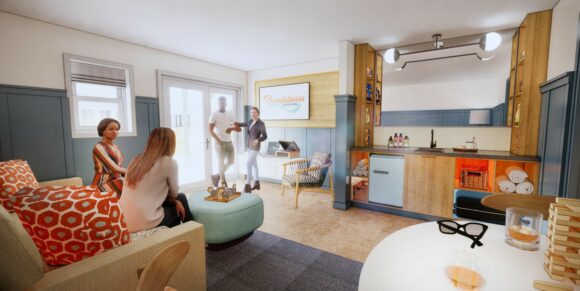