This investment enables the 2022 grand reopening of the Peale in Baltimore, Maryland

Monarch Private Capital, a nationally recognized ESG investment firm that develops, finances and manages a diversified portfolio of projects that generate both federal and state tax credits, is pleased to announce the completion of funding for the third and final phase of major renovations to the Peale Center for Baltimore History and Architecture (the Peale), a historic tax credit (HTC) equity investment of the firm. Located in Baltimore, Maryland, the Peale is an innovative new museum that amplifies and presents the voices and stories of Baltimore’s diverse communities, helping preserve the whole story of the City for future generations. The tax equity contribution managed by Monarch is critical to the $3.7 million phase, which completes the $5.5 million restoration project, enabling the museum to reopen in 2022.

The Peale Museum building was originally opened in 1814 by artist and entrepreneur, Rembrandt Peale, as the first purpose-built museum in the United States. His Baltimore Museum and Gallery of Fine Arts exhibited everything from military artifacts to a mastodon skeleton, the first prehistoric animal to be shown in the U.S. Adding to its long list of firsts, the museum also became the first to use gaslight to illuminate its galleries, a new technology whose success led Rembrandt Peale to found the Baltimore Gas and Light Company (now BGE) in 1816 and install the first city-wide gas streetlight network in the U.S., giving rise to Baltimore’s nickname, “Light City.” In 1829, the building was sold to the City to serve as Baltimore’s first City Hall. Following the construction of a new City Hall, the Peale Museum next housed Male and Female Colored School Number 1 (1878-1887), among the first public schools for Black students in Baltimore, and the first to offer a secondary education and hence training for the first generation of Black teachers to come from Baltimore’s public schools. After narrowly avoiding demolition in the 1920s, the building was reopened as Baltimore’s first Municipal Museum and became part of the City Life Museums before closing in 1997. The Peale building sat largely vacant for 20 years until 2017, when it began exterior renovations while hosting exhibitions, programming and events centered on the stories of Baltimore’s unique people and places.

“Thanks to Monarch as well as hundreds of generous supporters, the nation’s first museum building will once again serve as a community anchor and steward of our cultural heritage,” said Nancy Proctor, Founding Executive Director and Chief Strategy Officer at the Peale. “We are delighted that the Peale’s aim to help people see Baltimore in a new light resonates with Monarch’s mission to support community revitalization by innovatively using tax credit investments to fund adaptive reuse of historic buildings.”

Today, the Peale is home to the world’s largest digital collection of Baltimore stories and the only museum dedicated to Baltimore’s intangible cultural heritage: the stories and voices of the City’s diverse communities. Since reopening in 2017, the Peale has once again become a cultural haven for the City, nurturing creativity and innovation through its various programs, including storytelling, exhibitions tours, and immersive experiences as well as capacity-building workshops and professional development. The Peale has published more than 2,400 authentic stories on a number of digital platforms, including its Be Here Stories web and iOS app, social media platforms and even augmented reality experiences. Because of its transformative role in the history of African American life in Baltimore, the Peale is a member of the Association of African American Museums. When fully renovated and reopened in 2022, a core exhibit in the building will tell the story of the Peale’s role in African American education in the City and state.

“Monarch is excited to take part in the Peale’s final phase of key renovations,” said Rick Chukas, Partner & Managing Director of Historic Tax Credits at Monarch. “Through historic preservation, the community will gain access to the diverse programming and valuable resources offered by the innovative cultural center, creating new futures for both the people and places of Baltimore.”

In partnership with the City’s Department of General Services, the Peale began exterior renovations in 2017. The roof was replaced, and the exterior masonry, windows and doors were renovated to stabilize the building’s envelope. The final phase of interior renovations began in February 2021, with expected completion in early 2022. The rehabilitation of the Peale Museum building has created more than 60 jobs, including work for the “Accomplished Arts Apprentices,” young people from Baltimore’s disinvested communities who are earning while they learn gallery installation and historic preservation skills under the mentorship of the Peale’s Chief Curator, Jeffrey Kent.

“We plan a soft reopening first,” Proctor noted, “to allow us to test signage and our new accessibility features with the public and our presenting partners before a grand reopening. After that, look out for an exciting slate of community-led exhibitions, performances and events at the Peale starting in June 2022!”

It is still possible to leave your mark on the oldest museum building in the U.S. Support the renovation of the Peale’s Pollinator Garden by participating in their Buy a Brick campaign. Find out how you can contribute a personalized brick with your name or message by visiting: https://www.thepealecenter.org/buyabrick/

Programs at the Peale are driven by its communities. Artists, performers and storytellers of all types are encouraged to get in touch about presenting at the Peale! Learn how you can showcase your work by visiting: https://www.thepealecenter.org/collaborate-with-us/

The Peale is a 501(c)(3) tax-exempt, non-profit corporation established to restore the historic Peale Museum building as a center to celebrate the unique history of Baltimore, its people, and places. By creating a more inclusive cultural record of the city, the Peale aims to help people everywhere see Baltimore in a new light. For more about the Peale, visit its website. 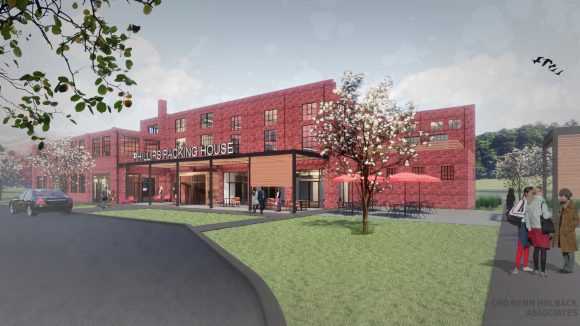 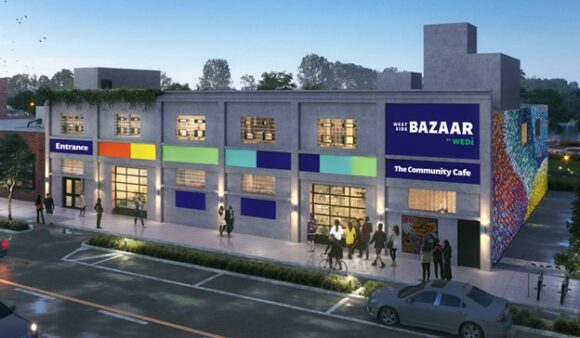 Buffalo’s West Side Bazaar, a program of the Westminster Economic Development Initiative (WEDI), secured Historic and New Markets Tax Credit equity from Monarch Private Capital with which to invest in […] 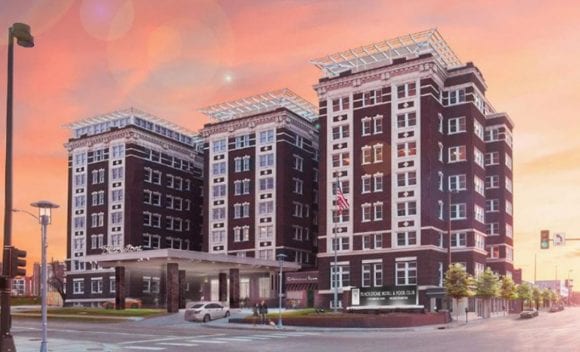